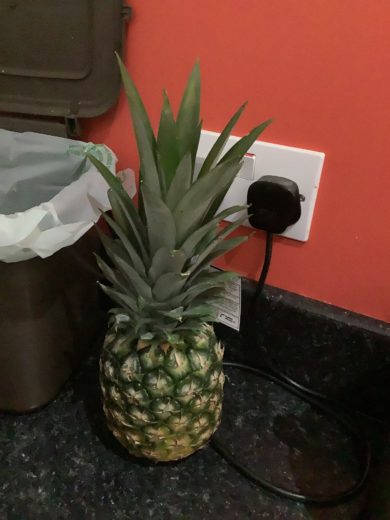 Over the last two years, there came many times when I thought to myself…..

‘Am I actually going to finish the first book?’

Why? I was so intent on getting it right.

There is so much competition in this industry that I knew that this really was the last ‘Will Worthington and The Black Rainbow’ submission I would send out….

My first round of queries began in 2016, (ironically, just before I was accepted by The Golden Egg Academy) Back then, I was a novice to this experience. I was actually expecting to have my book rejected over and over, and was doing it in order to prep myself in the future. Whether I knew this during that period is a moot point, but I’m fairly certain I was acting like this on a subconscious level. I was only just starting out. Before my adventures with Will, I had only ever really written fanfiction…..

…. this was a whole new ball game!

I decided to call every rejection letter a ‘Stepping Stone’ and stuck them up on my bedroom wall, not only to fuel me, but to remind me that as long as I kept going, this was me doing the best I could in that year.

During the next five years, I worked on honing my writing skills, working with industry editors and well known people in the world of children’s literature. I frequented coffee shops like what I spent there was an ‘investment in my future….’ (Naively, I still like to retain hope this will be the case) Throughout all of 2021, I edited my book so precisely. Every word counted. Every description. I cut sections that I didn’t like, or those parts that didn’t fit, and I kept my focus until Christmas, where I had a much needed break and did lots of Christmas style fanfiction, including adding more to my Home Alone novel- Kevin is a teenager, and Harry and Marv come back for revenge……

Throughout the whole of 2022, I edited the rest of the book – and finally arrived at the submission stage once again. It was terrifying, but exciting more than anything. I had worked so hard and now it was my chance! In July, I had also entered The Searchlight Writing For Children Awards for best novel opening, which unfortunately I didn’t get shortlisted for. However I did receive a very uplifting and motivating tweet praising me for my writing abilities. I was having a bit of a low time, so it was just the fuel I needed to keep me going. Nonetheless, despite the good news, I decided to put Will down in November as I had to have a break. It’s the start of December and I intend to look at book two ‘Will Worthington and The Nightmare Collectors’ properly once we reach 2023.

Instead of thinking about pineapples, I am working on completing a Harry Potter puzzle (1 of 3, 1000 pieces) It’s a really good way of taking a breather and letting my mind concentrate on something entirely different. During my days off, I’m continuing with this, playing a word game (which keeps the mind sharp) and I will be posting some more new fanfiction to Twitter (possibly today) In the background, too, I have been undertaking my Grade 8 Musical Theatre, participating in choir concerts (In May, I sang a solo ‘On my Own’ from ‘Les Misreables’) and I have been doing the second part of an Acting for Camera course at the local theatre. I also want to pick up my bass guitar again, although I don’t know what to learn yet, considering some Bruno Mars.

I have sent out 16 submissions to literary agencies, and had 6 rejections so far. I call them ‘Stepping Stones’, but sometimes they don’t feel very positive! All writers have them, though. We are all constantly on this precarious hamster wheel of chance, (Only I would come up with something as mad as that) and all we need to do is keep pedalling away. For someone who is neurodivergent (A.D.D.) the idea of organising things is daunting, but I have actually made a Word document that I will update with all the agency news. I have a rejected column. I have a pending column. I even have the dates when I can chase up information (side note, must look at this today)

It feels very odd without Will daily. He’s always there, but having this space will hopefully clear my head and get me prepared for more in the new year. My dreams have had Kazamir too. Literally. It’s like not writing and editing at the moment is making my subconscious scream for more. I am not giving in. I know that I go through patches like this, and to be honest, ‘latent processing’ is just as vital to writing itself. Reading is, too, but that’s fallen by the wayside currently (too intent on finishing the puzzle etc) Every time I go through a spell like this, I worry that I’ve just woken up one morning and not want to be an author anymore. It’s rubbish. I know it is, but as someone who struggles with anxiety, it’s also completely understandable.

Something else that I think might possibly be happening is that due to the lack of responses at the minute, my brain is putting up defences in order to protect my heart. I know. It sounds weird, but in spite of being against myself a lot, I am also aware that the defences have been put up….

I have been feeling a bit rocky at the moment in general, although I haven’t been writing for a while, so that explains that. I wanted to do a blog entry as an update (and to spur myself on) However, at the time I’m writing this, I received my 39th rejection email this morning and it was so positive. They loved the concept, tick, they loved what I did with it, tick, but my writing style wasn’t to their liking. Am I disappointed? Well, I’d be lying if I said I wasn’t a little deflated (as it sounded like I was nearly there) BUT, and here’s the big BUT (excuse the accidental near humour) it was personal and really, really, really encouraging. For me? That is just as good at this early stage in submissions.

In other news, I am performing two solos in the up-coming carols evening in a golf club, where I will be singing ‘The Time of Snow’ (Bob Chilcott) and ‘Have Yourself A Merry Little Christmas’ – and, I am half way through my Grade 8 musical theatre. 🙂

Oh wow, this wasn’t meant to be that long……

Anyway, I am going to look at my Home Alone Christmas fanfiction!

1 thought on “The Questions of Rejections, Reflections, and Returning to Will Worthington in 2023”