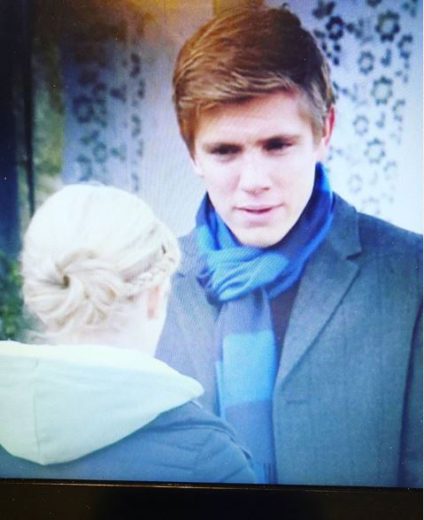 The Schemer. The Manipulator. The Accidental-Killer.

A guy with no limits, and sometimes (it appears) no conscience. He’s been beaten up, shot, threatened, and even left for dead, after his step son deliberately tried to poison him with carbon monoxide…. That handsome face has been punched so many times it’s hard to keep track. He tried to frighten Paddy by turning on the grains machine…. and he cheated on his wife…. with Aaron Dingle. Not to mention the time when he staged a break-in at Home Farm just to get on the good side of Chrissie’s Dad. Ouch. That’s a lot of power hogging!

As Cain said, “Let’s face it, you won’t be winning any popularity contests….”

He cheated on his brother’s girlfriend when they were teenagers, and then, years later, accidentally pushed her to death. Literally. He uses people like puppets, always to his advantage. He pretended to be his stepson’s Dad. He’s paid for things to happen (like, faking a rescue so that a contract could be signed by the end of the day) There’s a business drive behind every plan. If something isn’t to his gain? He moves on; regardless of how many lives are left in ruin. He treats life like a game, wanting to be the hero in every situation….

and yet, there is something so utterly compelling about him.

Maybe it’s the fact that he is always so dapper ( those suits!) or perhaps it’s due to his impressive knack to ‘blag’ his way through life; using any trick he can in the book. To be honest? He would be the last person to call if you needed help. There would be a ‘what’s-in-it-for-me?’ element every time. He’s a very skilled, observant, talk-the-talk entrepreneur. There is no doubt surrounding his intelligence. Quick-thinking, he manages to bring out the worst in others, making himself look better than everyone else.

It’s a hard question to answer, because he really is a spiteful piece of work! However…. when it REALLY matters (i.e. His brother was in a burning car), he does the right thing. Robert pulled him out, before the whole thing exploded. When Paddy was going to drown in grains, Robert stopped the machine. He trained a gun on the man who tried to shoot him, but he wasn’t actually going to pull the trigger. All he wanted was for the perpetrator to feel afraid, like he was. Fair enough, right?

Money is a huge motivator for Robert. He loves the workings of business dealings, and often talks about ‘investing’ and ‘shares.’ Actually, I’ve found myself slipping into this lingo recently. Oops! He enjoys the thrill of ‘flashing his cash’ around.

Aaron is a huge part of the reason he has, somewhat, changed his ways. The two fell in love whilst Robert was married to Chrissie White. They were seeing eachother for weeks; on and off. Robert booked them a hotel, but his wife saw he had booked a room, so he had to pretend it was for her etc. The scandal! Aaron is one of the most complicated characters, but he has a heart of gold under his on-the-side get rich quick plots, and so does Robert. It’s just, his takes longer to reach. Aaron brings out the best in him.

The cheating with him, though? This is the reason why Lachlan hates Robert. He’s actually said, “I’m going to destroy you,” threw him to the ground after taking a rock, and holding it over his head. There have been times when he’s shoved him out the door, told him; through eerie tones, “If I could shoot my own Grandad, what about someone I really hate?” I don’t know why Robert laughs in his face. Well, I do, it’s because he’s arrogant and smug… but he really shouldn’t be.

At the moment? Robert’s in a jail in Wales, but I know he’ll be back. He has to be. There’s no ‘Emmerdale’ without Robert, Aaron, (or, as is known all over the world, ‘Robron.’)

Next post is an excerpt from my ‘Emmerdale’ and ‘Riverdale’ script!