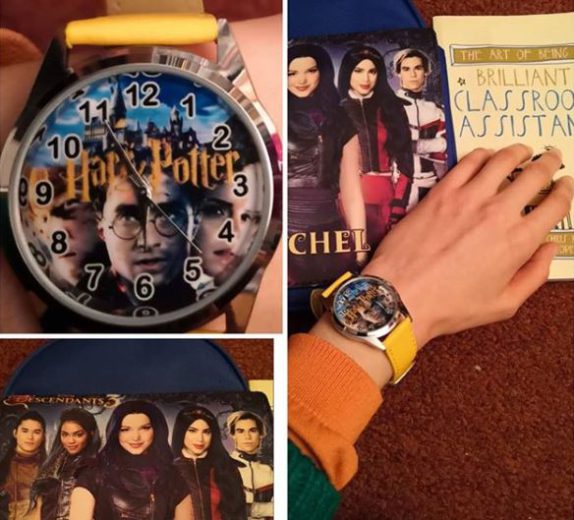 I have just completed my second week as an ABA Tutor in an autistic school.

My mind feels as though it has saturated about 98 percent of the universe. I am of course saying this as a joke, but that’s exactly what my brain waves are doing at the moment.

Some of my friends know this next fact…..

I wasn’t going to share it with the world, yet, I think it’s relevant to the news about the job: A few months back, I was diagnosed with A.D.D. Translated, A.D.D is ‘Attention Deficit Disorder,’ which means that I struggle with observation, organisation, and – generally speaking – am unable to remember more than three things at one time. For a job that relies on total multitasking, this has been a challenge. I am sorted on how to deal with the A.D.D, although sometimes I wish that it wasn’t an issue.

Why can’t I be like anyone else? How come I have to be in an internal battle with myself all the time, so convinced that I’ll fail because of the ‘shackles’ of what I have? Then I think something else. If I didn’t have this….

Honestly, I would much rather have what I have and see it as a wonderful gift, than be burdened with the diagnosis. This is also exactly what was in my message to the application for this job. I believe it, so I must cut myself some slack when things appear to be a little overwhelming at the start!

It’s the same with any job. You have so much to learn. You’re always thinking about what you’re doing next/have you finished ****, and when are you going to finish ****? It’s like you should have a thousand heads, just so you could focus on one task. It’s a tough, mind-bending job-career. There have been a few moments where I’ve felt that I’m not good enough. I am. Next week is going to be all about being kind to myself!

However, if you did know it all from the beginning, I suppose that would be kind of cheating! (and where’s the effort? You wouldn’t need to put any in, as you would be clued up.)

Anyway, best memories from this week? I have created a real, special bond with one of the kids. He wanted to work with me, (out of the choice of a TA who’s been there longer and myself) I did some Harry Potter acting on lunch breaks, helped a group with their writing, and managed to start remembering little things that the class do before their lessons.

Funny things that happened during the five days?

Has to be my participation (albeit reluctantly, just kidding!) I wanted to prove that I could do PE again, and show the kids and teacher I am not one for avoiding things I struggle with. I’m not going to lie. Running around or dodging soft balls was, in my eyes, kind of a flash-back nightmare to those tough PE lessons in the hall at school, but…..

I actually won a game! : O It was the first time I had ever, ever, ever, ever won anything sporty. I was genuinely blown away….. aside from the moment (x2) when I accidentally kicked the football into the wrong goal, cue one of the baffled kids going, ‘What are you doing? That’s the wrong way!’

Scariest three things? Gotta be the maths, sewing, and cooking.

Admittedly, the mathematics were supposed to be taught another way, but I wasn’t told as things were understandably really busy in the lesson. I’ll know for next time. The sewing was something I’ll look back on and smile about, possibly forever. I have done cross stitches in the past. Nonetheless, the idea of sewing is about as natural to me as what I would do faced with a bare-teethed velociraptor, who has just launched itself from a tree, to eat me. I wove a little line of thread. I couldn’t believe it. Maybe my memories had actually been jogged in the end?

Looking back, I smile at this…… although hands-and-feet in the circle, (like hands down, but a new phrase I’ve just made up) I would rather do some experimental sewing again, instead of ‘helping’ to cook. It’s not my forte. At all, but the main thing was I looked after the kids, and we had giggles. That’s what matters; improving the lives of these little ones.

As you will have probably heard, I bought a classroom assistant book the other day. I read it in a day, and took some tips, using them yesterday. It was like magic. Today, I’ve ordered a guide to ABA as well. I’d love to be ahead, even when we start training for this.

It’s also really such a boost to have a job again, in general. I feel – not only refreshed (even getting up at 5.50 am Monday to Friday) but I’m more independent, a little wealthier, and happier too. Someone from an old shop I worked in said that I looked different. She told me that I was smiling, that this really seemed good for me to do.

Verdict? The jury’s still out on whether I’ll impress the school enough for them to ask me to stay, but – I truly think – that this could be my path now.

If you have any questions, or want to talk about what’s happened in your week? Comment below.

Note: Please be aware that, due to safeguarding, I will not be answering questions that I feel can’t be answered. E.g. What was the kid’s name who you bonded with? Not happening, guys! I like this job. I’d very much like to keep it!