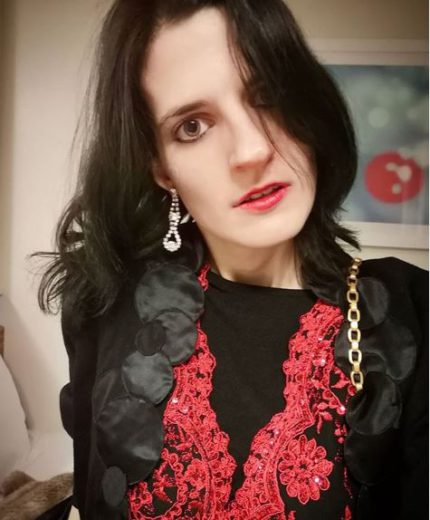 I always get the jitters when it’s nearly time to – once again – parade around the Big Honk venue.

I’m not saying where it’s based, as the event is hush-hush online, but I will say that some mega important faces attend this canape-crazy catch-up-with-friends-and-make-new-ones mish mash of an exciting black tie extravanganza. (Wow, now that’s a sentence you would struggle to say in a hurry)

I should backtrack to the ‘important line’, quickly. Of course, we’re all important, but there are those in the sea of thousands who – inadvertently – might help towards our dreams…..

For the first hour, I slide around the room, tentatively sipping champagne and hoping that what I’ve picked to wear, (a red and black gown from Spain) is a good choice. There are some fantastic outfits here. I’m talking the works, feathers, peacock feathers, gold, silver, you name it.

As I approach my friends, and gather their updates from the year, I’m faced with that ever-sickening feeling that I will be forcing myself to talk with literary agents, publishers and editors soon.

It’s all well and rosy speaking to those who write too, but the select number standing and chatting always make me very scared. In a good way. After all, as I said in my earlier entry last week, ‘success is earned. It’s hard. If it wasn’t, where would the satisfaction be?’ It’s at this moment in time I suddenly am in the position of pitching ‘Will Worthington and The Black Rainbow.’

I say the usual, “A boy has to destroy an invention that threatens a floating land. In eight days, everything will be destroyed. There’s a pineapple themed hotel, a machete wielding piano playing mastermind, and pirates, sort of Phillip Reeves meets Lemony Snicket.”

The literary agent looks at me and then replies, “That sounds really good, already!” I have so much to be thankful for in terms of Golden Egg. This is one of those prized sixty seconds where my eyes almost glaze over. This, this is really happening.

That’s not to say that every encounter goes smoothly. Take that bashful time when I – for reasons still not determined, (though I skillfully blamed the drink!) – shook hands with people using my right hand, and then went with the left to someone else.

Needless to say, I didn’t seek that particular agent out again.

In conclusion, The Big Honk is a joyous occasion, and I do rise to the challenge of trying to speak with everybody before it reaches nine pm. I probably managed about half of the people last night, but it’s a stellar effort.

Here’s to the next one!

2 thoughts on “The Golden Egg ball? A bouquet of opulence, and a new lit agent liked my book!”