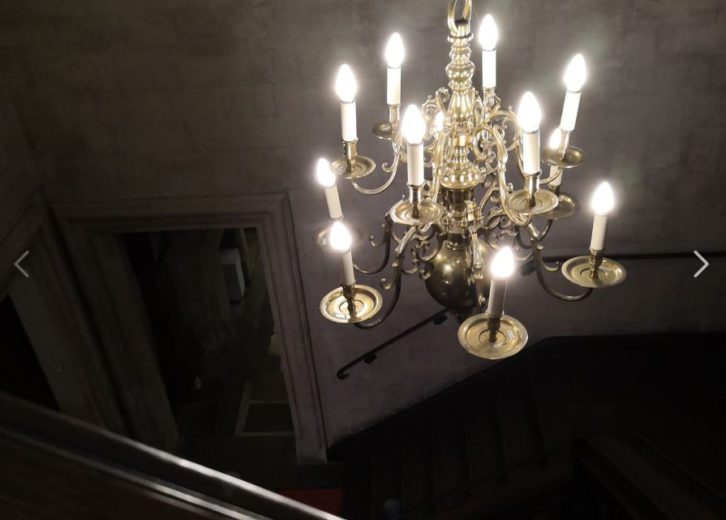 I honestly can’t believe how much the world has changed since the discovery and warnings over Coronavirus. I am positive (because you have to remain so!) that it will be solved, we will discover a vaccine and all of these disasters will disappear.

However, in the meantime, restaurants, bars, sporting halls, cinemas, theatres, events, concerts, you name it, they’re gone for now…. and the more I see on the news, the more I am drawn to the idea that everything is turning into an extravagantly told plot from a classic novel or a dystopian tragedy.

Firstly, let me give you an example, backed up by my un-dying fascination towards one of my favourite classical books: In Golding’s‘ remarkable piece of literature, ‘The Lord of The Flies,‘ a mixed group of schoolboys are stranded on a desolate island, and have to make their own rules in order to survive. As well as their sense of impending loneliness, the setting is the second world war. Why is this relevant to my essay, I hear you ask? Our prime minister has said recently that the times we’re living in are almost ‘war-time.’

It might be a somewhat drastic description of the current situation (and I really hope this is the case!) but I can definitely see the idea behind his notion, that we’re all inside this frightening bubble and we’re not sure when it’s going to pop.

Also, even though there is no specific link to the The Lord of The Flies in terms of plot, those abroad right now are feeling the frustration, as they can’t get home to the UK. Similarly, the individuals who reside overseas and are here, are experiencing the same worries. It’s a troubling time.

Within this chapter of their lives, the boys soon orchestrate their own way of life, and it has a shattering effect on those around them. Ralph is the leader. He makes the decisions, put to a vote by his classmates. It’s a straight-faced democracy, but there are foundations which are fragile, due to the microcosm of society breaking down.

Not the same by any means, (as the book was written way before computers,) many people are jumping onto social media to release their rage. They are incensed, afraid and – quite understandably – feeling very lost. I don’t know about you, but that to me sounds like a page from this literary fiction, well, if you look at things from both a literal and metaphorical angle.

Jack, the main antagonist could be talked about as being a mirror image of the virus. He is disruptive, turns people against each other, and picks on the vulnerable demographic (Remember Piggy, the glasses?) There is an evil in him that is debatable, but when I was reading his parts – and was also fortunate enough to portray him for my GCSE exam,) I knew there was something about him that just sent a chill to my heart. Note: I would have said the Beast, but we never really know the truth about that character, whether it’s a play on the imagination of the boy’s fear, or whether there is something there behind the scenes.

When the order of the world returned again by a rescue from the law, Jack couldn’t look the policeman in the eyes when he was there. We could take the policeman as a metaphor for the vaccine that is being worked on. Jack was no longer a threat. There was someone with more power. That is what is happening now.

As a final note, it won’t be half as long an essay, because I’m not obsessed about it, but…..

The Maze Runner by James Dashner is another captivating read which touches on the control and fear of others. A few teenagers wake up inside this alien maze, far from home, away from anything that would be considered as ‘normal.’ One person is allocated the job of being the runner through the maze, hoping to find an exit.

Again, most rules are broken, and fights are rife. One difference to what’s happening now is that – in a storytelling twist – the villains are actually the doctors, as they’ve been experimenting on the teenagers like labs in a rat.

Moving forward, all the puzzles, challenges, huge conflicts, riddles and teamwork the main protagonists have to encounter are a replica of the world’s status.

The Grievers, metal monsters which roam the maze and kill anyone in their path, are the characters I’m going to relate to the virus. They don’t have empathy. They attack without question, and not everyone is captured…..

There are a dozen more books I could go into, but I need to go back to answering my emails as Harry Potter characters with my friend.