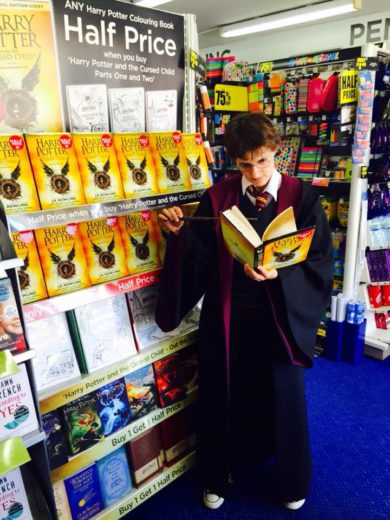 On Twitter, #1linewed is a weekly theme where one word is given, and we have to show something from our #wip with that particular word. Now, due to the fact that I am nearing agent submission, I am not showing any of my originals, but……

Fanfiction is my thing!

I have been writing it for years, and I just thought this would be a really good opportunity to post the ones I do each week. These are not from any #wip, I just improvise and see what happens!

“Master,” said Much, “I have never seen the moon so full and round….” He paused, as though choosing the right words, “It looks happy, as though it has enjoyed a delightful banquet.”

“Looks cosy in here, Sheriff,” Robin Hood said, as he was frog-marched into his round cell, “A home away from home.” He grinned. “You’ve done me a favour!”

The Sheriff of Nottingham glared at Gisbon. “See what I mean?”

Sherlock sank into the round armchair, thinking. The murderer had escaped – and had left them a long and winding trail that was so convoluted and so clever that he felt ten steps behind.

“That goblin was bloody round,” said Ron, teeth chattering, “I mean, he was rounder than Crabbe and Goyle!” A pause. “And that’s round!”

“Nothing,” said Hermione, “You just make me laugh.”

Ron said nothing, but his ears turned red.

“When are they coming round, Mrs. Weasley?” asked Harry, helping her lay the kitchen table.

“Oh!” Mrs. Weasley replied, “Call me Molly, dear – we’ve known each other for so many years now!”

Harry grinned, leaning against the worktop. “Thanks, Molly.”

Crabbe’s round face quivered. “How did this happen, Draco?”

“You’re greedy,” said Draco, arms behind his head,” That’s how it happened.” He sniggered. “Do you two know how many cakes you ate earlier, between you?”

“Guv,” said Sam, glancing out of the rain-soaked windows as they skidded down a motorway, “We’ve been driving around for hours – what are we looking for?”

The room was small, circular, and hot to the touch. Sam Tyler frowned. His body wasn’t here, so why did it feel more real than anything he had ever experienced before, and why – (a much more pressing worry) – did he not want to leave?

“That special day has come around,” said Arthur, retrieving his helmet. “At last….”

Merlin frowned at him.

“I remember,” Merlin grinned, “It’s just, I don’t see what there is to celebrate?”

“Look around you, Merlin,” said Arthur, gesturing towards the breakfast table, “Do you see a problem?”

“What are you talking about, Cod Fish?” asked Peter, eyebrow raised. “I’m having fun….”

“Insolent youth,” Captain Hook hissed, “Your doom is nigh.”

“Archie,” said Veronica, taking a seat on the velvet green chaise, “We need to talk.”

“Listen, I know that my ex has been round a lot….”

Veronica nodded. “- but he has been speaking to my father…..”

“We’ve been going in circles, Klaus,” said Violet, “Count Olaf has been laughing at us.” She paused, nodding in Sunny’s direction as their little sister crawled towards the living room. “All three of us…..”

Klaus scowled. “He won’t get away with this.”

Lisa: Don’t worry – he reassured me that he needed a break from trying to kill you….

Bart: And you believed him?

Lisa: Until next week