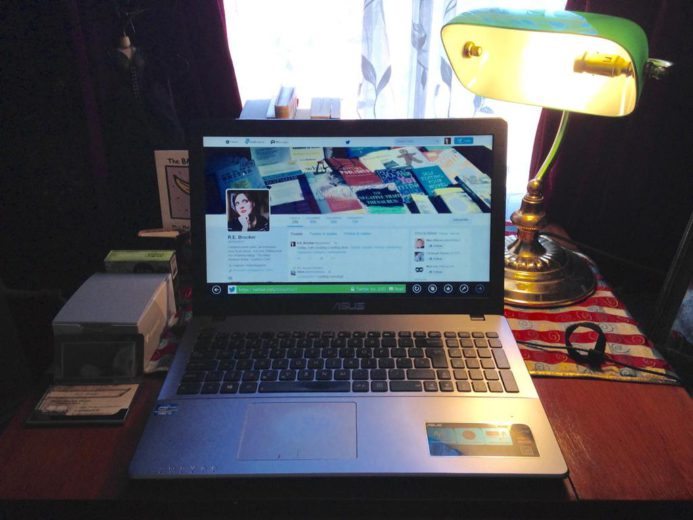 When I shared ‘The Power of Twitter and making Wonderful Connections’ blog entry the other day, I had no idea how helpful it would be for those in the #amwriting community.

After putting it up, I was inundated with users thanking me for imparting so many tips – and later that afternoon – quickly realised that I hadn’t actually said everything that I wanted to say….

This is probably going to be the last entry on Twitter connections, but I won’t say for sure!

Right, now the introduction is out of the way

One point that I didn’t voice last time was the importance of the #amwriting hashtag. If you want to reach everyone in the writing community, you need to include this one word in every single tweet. To give you an example of the difference this makes, I accidentally left it off a tweet this morning and had no likes or retweets…. Looking over the tweet, I amended my mistake. After putting in #amwriting, I had an instant response….

Other hashtags that are good to use are #writing, #writinglife #writingcommunity, #writingislife and #writers and #write….. I know, it might seem a pain to add so many tags, but the more relevant ones that you put into your tweets, the more attention they are going to receive. It seems obvious, but it’s not a thing you necessarily think about when you’re tweeting.

Some might find them annoying – and yes, it is good to use gifs sparingly, like a sprinkling of pixie dust….. but honestly, they get noticed. I also try and use gifs that have either a lot of bright colours, a lot of movement, or an interesting quote – that, again – is both relevant and will make someone on Twitter want to see what you have to say.

On every #ff, I choose a themed gif, last week it was something like Disney Channel; the week before that, Descendants – it’s also a way of keeping them organised and subconsciously will look neater to users, as well as making yet more connections through similar obsessions! 🙂 “Oh, you like Descendants too?” and there’s a conversation you weren’t expecting.

There are so many users on Twitter, and if you want to really stand out, you should make sure that your biog has something impressive, funny, or just something that will set you apart from others….. I have been very fortunate to earn the respect and support of Anthony and Darren, so it’s – I think – quite a unique and eye catching thing to include this on my account. It can be anything though….. You could put, “I collect vintage stamps, and have been known to write as much as I breathe’ , just something that’s more interesting then what I often see: which is like, ‘I am a writer who writes and reads. I eat and sleep.’ Make it

Retweeting Others Books and Links

If I see that someone has liked or retweeted my tweets many times, have communicated with me, and or just simply followed and then promoted me another way – I will find the time to thank them, not just by the #ff way, but through retweeting their pinned tweets or sharing articles they’ve shared.

Quick Tip: This is an especially good thing to do, when someone has just joined Twitter, and will boost their followers immediately – as well as making an instant bond with them.

Also, when you see a thread that’s relevant to you, say hello, add a comment – you can always mute the conversation later if the thread becomes too much, but….

as Hannah Montana says, “……It’s The Best of Both Worlds!’

Yes, I really did just go there

Much like the biography, you want to stand out with your photo and background header…. I change my pictures regularly, (I get bored easily) but also because it makes it more interesting for your users, shows you’re active on the website, and also that you are interested in not just the words on Twitter, but the visceral impression too (I think that’s the right word, I did media studies and I believe that’s when you have an emotional connection with something that you see…..) Maybe not, but you get the point!

I’m going to wrap up now, but if you have any questions or need any more advice, just send me a tweet 🙂

More than happy to help