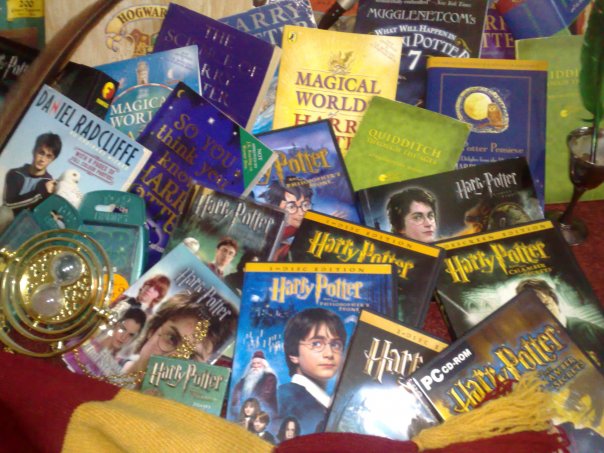 Please note: The entire franchise of Harry Potter belongs to ©J.K. Rowling and ©Warner Bros. I am not making money from this. Thank you.

“If you were listening in class,” lectured Hermione, “Then you’ll know there was not simply one potion, there were four.” She scribbled down the names, and closed her eyes, remembering the last of them. “Right, try and explain why these were made, and what effects it had on the witches and wizards of the time.”

“1842,” Hermione helped, moving slightly closer to him. Tongue out, Ron concentrated on pouring out the information, which strange as it was, he’d actually managed to pack into his head somewhere. Hermione’s heated temper had cooled, leaving her in the perfect state of mind to facilitate. “I’m really sorry about the way I behaved before,” she apologised again.

Ron pulled another face, then remembered what she’d said about that and stopped. “What? You don’t have to . . . . it was my fault. I shouldn’t have thought you’d do it without me pitching in. It was wrong of me to even suggest the bloody thing. I’m the one who should be feeling bad, I mean, well, not that I’m not feeling bad, but, well, you know what I mean.”

Hermione giggled. “You hardly talk much sense do you?”

“Can I have a look?,” she asked. “You know, not that I don’t trust you, but just to make sure you’re expressing your points clearly.”

She leant over him, and skimmed the paragraph. “Perfect,” she nodded. “Well done. I knew you could do it. Now, all you have to do for the rest of it is say how the potions were brought into England, what the law was at the time, and then conclude it with an explanation of how you found everything out.”

Ron nodded. “Right, so I just put, ‘Well, I hope you don’t mind, Snape but Hermione sort of told me what to do. Does that count as an explanation?”

She folded her arms, one eyebrow raised critically. “What do you think?”

“Needs work, doesn’t it? Yeah, a bit, a bit of tuning.” It was Ron’s turn to sigh this time. “When I’ve finished this, wait a sec, how long was it supposed to be, again?”

Hermione thought for a minute. “Not long. It’s only the introduction part of the essay. Snape is going to set us the rest tomorrow.”

“Oh right, well afterwards, what, do you want to do?”

“I don’t know,” Hermione replied softly. “To be honest I thought we could simply argue until we’re blue in the face. It’s what we do all the time anyway. What’s the difference now?” To her surprise, Ron gave no answer and instead, stared at the black and white tiles, mind drifting out of the present. “I’m sorry. I just, well what can we do? We never spend any time together outside of classes. You and Harry love Quidditch, I can’t stand it, and you hate everything that I do for leisure. There, there must be something we can do, I just can’t for the love of Doxies, think what.”

Hermione opened her mouth to speak, but found she had nothing to say.

“Look,” Ron gestured, pointing to the sink. “Someone’s left a packet of cookies. Of course, it’s Seamus’s Birthday tomorrow. Someone must have left them in here. It must be our lucky day!”