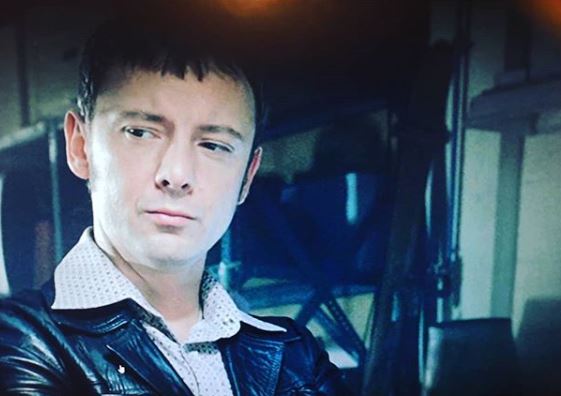 I have wanted to write this essay for three nights, and finally, I am ready to get it all out. There are some TV series that have a lasting, profound effect on me. Life on Mars is just that. When it came onto our screens in 2006, it wasn’t only addictive because it was something completely unique….

I watched the show with Mum.

I wrote a story with Life On Mars characters for her Birthday.

It was our thing.

We would sit, laugh, wail in terror at the eerie, pulse-racing moments that encapsulated Sam Tyler. Hooked. That was what we were – and now – years later, I have re-watched both series; finding that nothing has changed. Don’t get me wrong, I am just as obsessed, the only difference is I can’t see it with Mum….

Going back to 1973 once more, walking the streets with Sam, I felt as though she was sitting next to me. I’m not religious. I’m not, but it honestly was like she knew I was watching it again, and she was too. I like to think – imagine – that she is experiencing her own lucid reality now, maybe clubbing in 1980 (she loved the 80s!) It’s a comfort to at least believe this is possible. This is what I admire so much about Life on Mars. It allows you to spread your imaginative wings. It doesn’t judge. It just breathes scenarios that you can honestly envision happening around you. Easily.

I know it probably sounds crazy. That’s okay, but due to the connection we shared with it, that’s how I feel. In fact, I experienced that such a lot that by the time it ended – the last thirty seconds I was attacked by grief. It was like Mum had waved goodbye again and I wouldn’t see her for a while.

That’s why there is such a pull for me to immerse myself back into Sam’s world. It makes me remember the good times we had. It makes me reflect on those times when we’d both do impressions of the Guv, get some popcorn, grit our teeth when the adverts would stretch across our screens.

Thinking about the series last night, and how it ended, the finale made me think a lot. I couldn’t sleep. I was tossing, turning, wondering about Sam’s actions. The barman, Nelson told him, “You’re alive when you feel it.” On his return to 2006, Sam says that he ‘feels nothing’ and he didn’t even realise that he’d cut his hand.

That’s why he literally takes a ‘leap of faith’ and goes back to his ‘coma’ reality. It makes sense, it does, but it’s a lasting choice that stays with you long after the credits vanish….

He has the courage – is it courage? – to trust that he will exist in that time again, with those people…. but as I really couldn’t sleep for a bit, one question hammered away at me as I lay there in the dark: ‘How did Sam know that he would definitely go back to 1973?’ He could have appeared somewhere else when he jumped off the roof! Another period! Luckily, this wasn’t the case, but – if you think about it further – Sam was taking a massive risk: If he had ended up somewhere else, what would he have done? Tried to go back to 2006, or would he have attempted to go back to 1973? Perhaps he would have stayed there instead?!

In his position, would I have decided to return to the Guv and his colleagues, or would I have just stayed in 2006; knowing that I would never feel ‘alive’ ever again? I know it’s only a TV series, and there are possibly a lot of you wondering why I had to write this, but it was gnawing, biting, an incessant thing, and it had to be released. More questions surfaced last night:

What would my reality be?

If I went into a coma, what would I see? Would that ‘reality’ be better, or would I want to come ‘home?’ As an avid lucid dreamer, I would like to look more into this as a project! I might even ‘summon’ the characters from the show…. watch this space, if it happens, it’ll be written about 😉

I think this is to be studied more at another time though.

For now, I will turn off the Life on Mars soundtrack, laugh at my over analysing, and give the tips of my fingers a break from the keyboard.

Do you have any thoughts or comments to make? If so, I’d love to hear them. If you’re liking my blog and haven’t signed up, you can sign up to the blog on the main page.

2 thoughts on “‘Life on Mars’: Why the TV series is so close to my heart; and an exploration into Sam Tyler’s ‘realities’ Warning: CONTAINS SPOILERS”