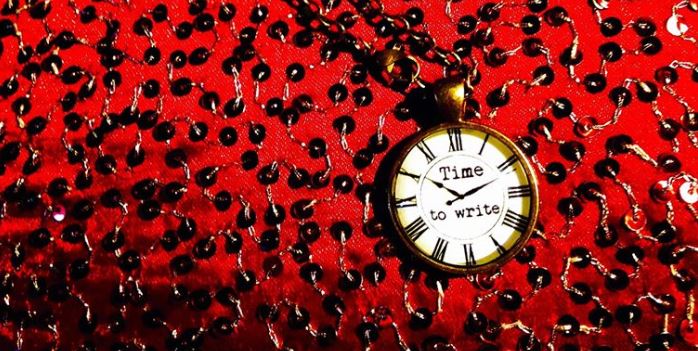 I started writing stories when I was around three years old (and reading too.) I’d write stories about lions, magic carpets, even frogs (I had a plastic frog in a cage with plants) for show and tell! I was immersed in the worlds that I’d created, and still am – twenty eight years later….

Cut to ages 8-12, I would make narratives about ladybirds who drove cars. I did Famous Five fanfiction, Animal Ark, dinosaurs. I once wrote an entire book about three dogs, with my first ever villain Scissors the rottweiler.

At age 13-14, wrote my first ever novel called ‘Crockenspire’; and when I look back on it now it was more of a practise, and working out if I was meant to write for upper middle grade or YA. The book didn’t have a market because it was my way of deciphering this. Kids swore, but at the same time there was a wacky creature that you’d never see in YA….. It was definitely my way of working out what market I would write in. I don’t regret writing ‘Crockenspire,’ because it taught me a lot.

I also did Peter Pan, Gormenghast, Sherlock, and even Busted fanfiction where I met them all and dated James! (I’ve now written a Riverdale script mixed with characters from ‘Emmerdale….’ 2019)

When I reached 15-17, I knew I had found a love for the written word that nothing else could compete with. I began crafting my own Harry Potter fanfiction, and by the year 2002 had written 50 of them, and then through hard work (I hated my college) I managed to get in to a creative writing course at Gloucestershire.

I graduated in the year 2010, with the first ever drafts of Will Worthington and The Black Rainbow under my belt sep 2007 cont.; and now look, years later I am making headway with it Golden Egg Academy is a miracle for me. Yes, I’m struggling occasionally, yes it’s tough to edit, but that doesn’t even compete with my love for writing. (I once screamed at the top of a zip wire in Switzerland, “If I don’t push myself off, then my book will never be published!” It was the only thing that made me jump!)

Of course, I have other projects under my belt – namely more upper MG series, maybe a YA, but in order to be a successful, working author, you must show that you’re a good investment for literary agents and publishers.

Anyway, I have now been in the academy for four years, and I’m learning so much, gradually getting closer to submission.

Watch this space, I will get there, I ‘will’