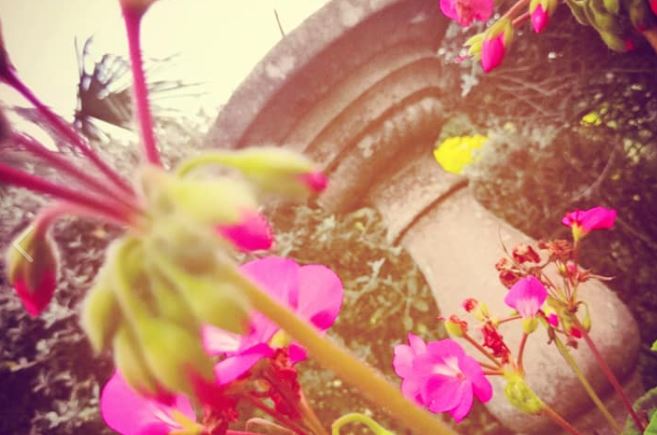 There is nowhere else in the world that I feel so strongly about, and that includes Hogwarts School of Witchcraft and Wizardry.

In fact – the mere idea that I’ll never be able to fly to the second star to the right, and run about on the island with The Lost Boys; and eat imaginary food fills me with a deep, unfix-able sorrow that I can’t put into words.

Of course, the unimaginative among you will say the four most annoying words that any writer can ever and will ever hear, “It’s only a story.” We know this, we ‘all’ know this, but the idea of fiction is to become transported, to completely believe and immerse yourself!

Anyway, I am getting side tracked.

For me, the link to ‘Neverland’ is a powerful, personal one. I have always been a little ‘behind’ in terms of ‘growing up.’ Now, that’s not to say this is a bad thing, just that I have always felt a little on the outside of a circle that doesn’t quite ‘understand’ how I am and what I’m naturally like. I’m nearly 32 – going to be in two months – but inside, I don’t feel this. I’ve never felt my age. Behind closed doors, (although I’m open about who I am) I watch The Disney Channel and enjoy it as much as I ever did.

What I feel like is as though I’m simply ‘playing an adult; doing what they’re supposed to do in order to fit in.’

Never has that been more relevant and prominent for me than when it comes to relationships. I’ve had my crushes – much like Tinkerbell’s adoration over Peter – and very like her, she is completely head over heels for someone who can’t ever return her affections (partly because she’s a fairy) but also due to the fact that he will not allow himself to ‘grow up’ and learn about love. He’s ‘forever barred’ literally.

Peter: I want always to be a boy, and have fun!

Wendy: You say so, but I think it is your biggest pretend…

This is an interesting statement from Wendy. She’s basically voicing that Peter wants to grow up, that he has a desire to, but that he’s afraid. I see a mirror with him too because he is ‘barred’ metaphorically from love. I bar myself from it. He denies it: “Love? I have never heard of it….” He also screams at Wendy: “Go home, then! Go home and grow up, and take your feelings with you!”

It is also a point that resonates with me, because I think a huge part of my makeup is fear about adulthood. The idea of being with someone is a wonderful notion, but when the reality arrives, I run away from any opportunity, even if I really, really like them.

Maybe this is why I’m always drawn to unavailable people or the kind of guys who just will never see me in that way. It’s not only the fear of commitment, intimacy, and all the rest. It’s the fear that by accepting a relationship, it means I have to ‘grow up’, for good. I’ve never realised this could be another factor, not until now; right in this very second.

I often behave like one of The Lost Boys in my every day life. How? I like to act out characters from books, movies and TV shows. I view things differently. I record funny voices and film animals to go with them. I sort of treat life like a playground for imagination….. which is, half good and half bad.

As an ambitious and passionate children’s writer, this is where it’s positive. I use all of these talents, and more…. but when it comes to ‘real life’ (a term I loathe using as well, to me, imagination is just as ‘real’) I struggle. Yes, I’ve talked about my A.D.D and that doesn’t help with this aspect, either. However, it’s the ‘nitty gritty’ that makes it difficult. Right now, this is me thinking about the future. What am I supposed to do? Where should I go? What job can I do, and not fail at? I have no idea. The whole concept terrifies me. I watched ‘Hook’ last night, and that’s what prompted me to want to get my thoughts out about everything.

Yes, you would have to battle pirates and avoid being run down by the Red Indians if you were caught in their territory, but you wouldn’t have to think about often boring, or worrying things such as – facing romantic relationships, paying bills, cooking, planning a career…..

You could just fly with happy thoughts, explore the island, read, write, learn about the mermaids. You could do so much acting. You could sing and play the bass, while Peter played his panpipes.

I’m already thinking about where I should live next, and the only answer I have – where I truly desire to be – is Neverland…. which, given that it’s not possible, is a troubling thing. I miss it. I miss somewhere I’ve never actually been, and always will.

The future since Mum has become a fog, and I don’t know how to see through it. I only know that – no matter what happens – I can’t and won’t lose that childlike personality. I’ll find a balance. As for the relationship thing? If it happens, it happens, but in this time, I must begin to gain more confidence in who I am, succeed as an author, and then – we’ll see from there.

What are your thoughts on Neverland?

As always, if you’ve enjoyed what you’ve seen, please join my blog.

1 thought on “What J.M. Barrie’s classic ‘Neverland’ means to me, and why ‘growing up’ has such a powerful effect”