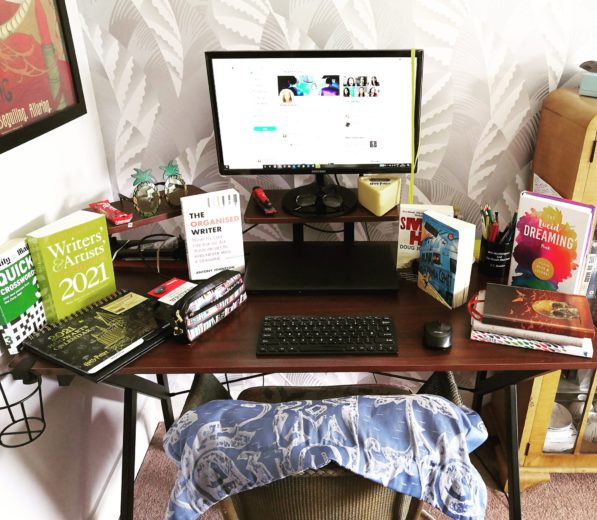 Over the past week, I’ve seen a lot of people saying that they don’t know what genre or market their book fits into, so I thought I would share with you what I have learnt over the years – and hope this helps you work out where your writing belongs! 🙂 I might be wrong with some of them, as I am still learning – but I am fairly confident that I’ve picked up a few pointers through the years!

When I think about picture books, the following authors come to mind – Julia Donaldson, (The Gruffalo) Karma Wilson (Bear Snores On) Oliver Jeffers (The Day The Crayons Quit) As I don’t write picture books at the moment, I am in no way an expert on this market, but I do know that the themes are very light, very funny, and often have morals embedded within their pages. Fantasy is often included in PB too – and friendships are very important.

When I think about lower middle grade, the following authors come to mind – Tom Gates, (Cressida Cowell, (How to Train Your Dragon series) Michael Bond, (Paddington Bear) and Beatrix Potter (Peter Rabbit etc) and those two could also fit under classic ( more on this later)

The themes in lower middle grade are gentler. They are usually funny, about family, friendships, little ‘disasters’ ie ‘We’re going to miss my brother’s concert!’ or ‘Someone has stolen all the cakes in the village!’ The general feeling of a lower mg is light heartedness. If there are any ‘villains’, they are not really scary, more likely funny 🙂 The age range for lower middle grade varies, but they are usually aimed at 8-12.

Upper Middle Grade This is an American term, but we are using it more and more to establish the distinction between the two ‘levels,’ if you like – of the genres. It is also known as Upper MG.

Some might argue that towards the end of the Harry Potter series, Rowling dipped her toes in YA. That might be true, but the overall arc of the books I would definitely put in upper middle grade. The themes in upper middle grade (if it is fantasy) are usually about daring quests, battling scary villains, the power of friendship again but they are often more nerve wracking because of the missions characters are on etc. My book ‘Will Worthington and The Black Rainbow’ is in this genre.

Another branch of upper middle grade is the market that is not fantasy, but which focuses on family matters, and the battles of just simply fitting in at school, ie loneliness, bullying etc. An example I would use here would be something like ‘The Goldfish Boy’ by Lisa Thompson.

Average Word Count: Between 40,000 -50,000 as of now, but when Rowling brought the first Potter book out, that totaled around 76,000 words; which just goes to show how quickly the industry can change.

The themes in young adult are (if it is fantasy) usually about daring quests again, but this is where you are also permitted to have themes like graphic violence, swearing, and topics such as drugs. It is also where you see the umbrella genre, dystopian, which The Maze Runner and The Hunger Games slot into.

Another branch of young adult is the market that is not fantasy, but the one that focuses completely on life as a teenager and the challenges that teenagers come up against every day. More often than not, they are flooded with romance, sex, and the pain of unrequited love, including other topics such as discrimination and prejudice. An example I would use here would be something like ‘The Fault In Our Stars’ by John Green.

When I think about new adult, the following authors come to mind – Brandon Sanderson (The Rithmatist) Scott Lynch (The Lies of Locke Lamora) Sarah J. Maas (A Court of Thorns and Roses) Holly Black (The Cruel Prince) The themes in new adult vary from romance, sci fi, quests, and fantasy, and again, as you are aiming at a 18-30 year old demographic, this is when you can add more graphic violence in, drugs, anything you like, really. There are no limitations. I would also put G.R.R. Martin (Game Of Thrones series) in this too, although some might argue that it is really adult…..

I’m torn, what do you think?

When I think about adult, I break it down into genres:

When I think about thrillers, the following authors come to mind – Lee Child (The Jack Reacher series) Peter James, (Dead Simple) Peter Swanson, (Rules for Perfect Murders) Jo Spain (The Confession) and then, you also get the authors who write a number of other genres, like….

Anthony Horowitz who writes adult thrillers as well as children’s. Darren Shan has also written an adult book too called ‘The Lady of The Shades,’ amongst others. The themes in thrillers are usually crimes, mysteries, psychological fears, and relationships. There are often drugs, and graphic violence too, especially as there are lots of murders. Thrillers are also known as page turners, because their main objective is to get people turning the pages! There is usually a lot of dialogue and short descriptions that are so vivid.

When I think about literary, the following authors come to mind – David Mitchell (The Bone Clocks) Donna Tart (The Goldfinch) Matt Haig (The Midnight Library) Margaret Atwood (The Testaments) The themes in literary are often to do with family, drama, and relationships that are fraught with problems. They can also have fantasy elements too, though, as shown in The Minituarist (Jesse Burton.) and also in The Bone Clocks.

They are often written in a style that is poetic or thought provoking, and you will see a lot of metaphors here, too. The descriptions are usually the kind where you will read them and wish you had written them yourself.

When it comes to adult, as I think about the term classic, the following authors come to mind – F Scott Fitzgerald (The Great Gatsby) Jane Austen (Pride and Prejudice) Emily Bronte (Wuthering Heights) Much like literary, the descriptions are usually very long and are filled with words that are sometimes hard to define, without a handy dictionary. I would also put J.R.R Tolkien (The Lord of The Rings) in the same category, as even though it’s fantasy, probably new adult, it fits more into the classic market…..

For children, J.M. Barrie (Peter Pan) and Michael Bond (Paddington) Note: You’ve probably noticed that some genres can slide into one another, for example, Paddington could also be classified as an upper middle grade…. but because it was written a long time ago, I would definitely identify it as a classic. What about you?

When I think about women’s fiction, the following authors come to mind – Elaine Everest (The Woolworths series) Marian Keyes (Grownups) Cathy Bramley (Appleby Farm) Carole Matthews (It’s now or never) The themes in women’s fiction are usually to do with relationships, temptations of romance, romantic trauma, family dramas, broken couples. Nonetheless, they can also be really funny in places, and, as is Elaine Everest’s, historical too. You could classify David Nicholls (One Day) as this, but I would fit it more into literary, I think he would appreciate that too!

When I think about adult fantasy, and sci fi, the following authors come to mind – Mervyn Peake (The Gormenghast series) Stephen King (when he’s not writing horror) (Wizard and Glass) Jasper Fforde (Shades Of Grey) Douglas Adams (The Hitchhikers Guide to the Galaxy series) The themes in fantasy and sci fi are usually dangerous adventures, romance, surrealism, or other worlds that are so bizarre, you could put them under their own heading, surrealist fantasy Terry Pratchett (The Discworld series) There is often adult themes like graphic violence.

When I think about adult horror, the following authors come to mind, Stephen King (Carrie, Misery, IT etc) Charlaine Harris (Dead and Gone) Stieg Larrson (The Girl with The Dragon Tatoo) The themes in adult horror are very strong graphic violence, and can also be the supernatural, aliens, and families that aren’t quite what they seem….. I always think of that film, The Hours as an example for this. Characters are usually not alive for long, often sneaked up on or murdered because they want to investigate what’s happening, another mirror with horror films…. There is usually some kind of romance too, but this is regularly cut short without any hope of happiness for the main characters…..

When I think about historical, the following authors come to mind – Phillipa Gregory (The White Queen) Hilary Mantel (Wolf Hall) Anthony Doeer (All The Light We Cannot See) Conn Iggulden (Emperor series) The themes in historical are often to do with romance and are sometimes based on historical events. The descriptions are detailed and there are many dramas interwoven. There are multiple deaths, graphic violence, and sexual scenes, much like in YA, only more adult. Apart from this, I don’t know historical that well, so apologies if I’ve missed anything.

I think that’s everything, guys

If you’ve liked what you’ve read, and haven’t signed up and would like to, please feel free and say hello

Until the next time…..

2 thoughts on “Genres In The Market: How to Differentiate Between Them”